The Only Good Snake is a Dead Snake

Living in Florida guarantees slithering squatters will take up residence in your yard now and then. I’ve never known anyone who liked snakes. Well, there was this one guy I knew in high school named Roger who had a pet snake. Roger was cute, but even if I could get past the fact he willingly slept in the same room with a snake, my mother wouldn’t have allowed that boy to cross our threshold. Snakes, my mother was fond of saying, were evil. God said so in the Bible.

Which got me to thinking and Googling, and according to the Internet there are indeed forty-four passages referencing snakes in the Bible, not one described serpents in a positive light. Once again, my mother was right.

One day Mom stopped by my house on the way to her exercise class for coffee and a chat. As she was getting ready to leave, I glanced out of my kitchen window and spied a snake sunning on the sidewalk.

Knowing my mother’s conviction—the only good snake is a dead snake—I said, “Maybe you should go out the back door.’

“Back door?” Her brow morphed into one large wrinkle. “My car’s out front, why would I go out the back?”

Keeping a close eye on the slithery reptile, I said, “Well, there’s a snake between the front door and your car.”

“A snake?” She threw me against the refrigerator and glared out the kitchen window. “Well, call somebody.”

Massaging my shoulder, I picked myself up off the floor and rejoined the snake surveillance. “Who do you want me to call?”

I dragged my gaze from the slinking serpent. “The police?”

“They’re paid to serve and protect.”

“Mom, we’re inside the house. The snake’s outside.” I tipped the blinds to get a better view. And besides, I think it’s just a bug snake.”

My mother shot me an iceberg-melting glare. “That’s a rattlesnake if I’ve ever seen one.”
I cupped my hands over my eyes to block the glare and scrutinized the long, skinny, green reptile with a yellow strip. “I’m pretty sure rattlers are brown, and…,” I threw in a tidbit Roger had mentioned in biology class, “…they have light brown buttons on the end of their tail, one for every year of their life.” I pointed to the bug snake. “That guy isn’t brown, and his tail doesn’t have the rattling buttons.”

Mom turned. Her eyebrows had shifted into her hairline. “You can’t see that snake’s tail from here. And rattlesnakes are shifty. They change colors to blend with their environment.”
“I’m pretty sure that’s a chameleon. Chameleons are lizards.”

Mom squinted, her baby blues shooting daggers through the window. “I’m not leaving here until that snake is dead. My granddaughter plays in this yard.”

That much was true. My three-year-old daughter loved to play outside. It was getting late, and I had a meeting in less than an hour, so I picked up the phone and called animal control. The nice lady who answered explained her department didn’t handle the removal of snakes from private residences, inside or out. And no, she didn’t know any department that did. She didn’t laugh, but I heard her eyes rolling. I hung up, turned to Mom. “They’re not coming.”
“I told you to call the police. They have to come when you call.” Mom’s gaze seesawed between the sunning snake and me. “That’s the law.”

I checked my watch. I could take my broom, go outside, and sweep Mr. Slither away, but the mere thought sent my heart racing like a Chihuahua after a Doberman. In his desperation to get away Mr. Slither might crawl over my foot. I shuddered and dialed the city police. The dispatcher snickered. “Honey, we don’t do snakes.”

“Look,” I said. “My mother is petrified of snakes, and the snake is between my door and her car. Can you just send someone?”

Five minutes later, a patrol car pulled into my drive. An officer, a newbie somewhere in the vicinity of sixteen, who’d evidently drawn the short stick, ambled up the sidewalk. He sent the snake scurrying in the direction of my front door.

I answered the bell. “Hi.” I glanced down. No snake. “Sorry to bother you but my mother’s terrified of snakes.”

Mom shoved me aside, peeked around the door. “Where’d he go?”

“In that hole.” An answer that proved the officer was indeed a newbie with zero experience in handling a hysterical pre-menopausal woman.

Mom scowled at the hole, nodded knowingly. “I knew it. He’s taken up residence. You’ve got to get him out of that hole and kill him.”

Newbie shifted as if his shoes were two sizes too small. “Ma’am, he’s just a little ol’ garden snake. He won’t bite or anything.”

“Young man, my granddaughter plays in this yard. You have to kill that snake!

“It’s a harmless garden snake, ma’am. I don’t want to kill him.”

Mom inhaled a deep navel breath. “My little nephew is a police officer. Maybe you know him?”

Her little nephew was a strapping six-two, two-hundred-pound man who could pass for a linebacker for the Tampa Bay Bucs. “Mom, he doesn’t care about Eric.”

“You call my nephew. He’ll tell you to kill the snake.” Mom’s voice bounced off the foyer ceiling.

I made a mental note to call my cousin and apologize for dragging his name into our morning drama.

Newbie rolled his lips together to keep from laughing. He turned his gaze to me. “You have a shovel?”

“This is a townhouse,” I said. “The association takes care of the grounds.”

“A rake? Anything with a long handle?”

Newbie looked at his feet, then the doorjamb, then Mr. Slither’s hole, everywhere but my mother’s face. “Look, I can’t do anything more if you don’t have a shovel.” He turned to leave.

Mom grabbed his arm and pointed to his belt. “You’ve got a gun. Shoot him.”

Newbie’s face drained to one shade lighter than sheetrock. “Ma’am, I can’t discharge my weapon without cause.”

“You have cause.” She thrust her finger toward the hole. “A SNAKE!”

“Wait! I think I have something that might work.” I ran to the garage, grabbed my old rusty hedge clipper and hustled back to the front door. “Will this work?”

Newbie glanced at Mom’s crossed arms and determined face and sighed. He quickly ferreted the snake from the hole and snipped off his head.

Mom flicked her fingers at the snake. “Take that thing with you.”

The officer carted the carcass to my outdoor garbage can and left before Mom or I could assign another chore.

Mom slid into a chair. “I’m dehydrated. I need a glass of water.”

I slapped a bottle of Dasani in her hand and escorted her to her car.

I went to my meeting, then retrieved my daughter from preschool, and drove straight to Cypress Gardens. I paid thirty dollars for admittance and dragged my three-year-old to the snake exhibit where she happily played for an hour with a wide selection of garden snakes. Determined to rid myself of my closet-fear of slithering reptiles, I shut my eyes and let the green garden vermin crawl up my forearm. And I’m happy to report that a person can survive their heart racing a thousand beats a minute.

On the way home, I explained to my daughter that our after-school field trip was our little secret and she must NEVER tell Nana we played with snakes.

Are you an ophidiophobian, a person with an abnormal fear of snakes, or as my mom would say, a person with good common sense? What’s your favorite snake story? 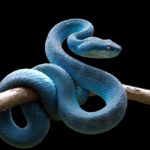 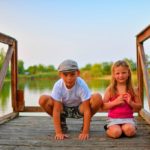 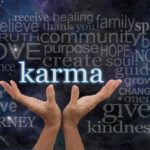